Have you ever got to the end of the day and started asking the question, ‘what hasn’t been done today?’

I do it frequently.

Last night when I was mentally addressing these issues, something occurred to me; why was I being so negative? Why was I always focussing on the things that hadn’t been done? Thinking of jobs I wished I had more time to finish was pretty depressing, so why was I allowing them to dominate my mind? Instead, I asked the question, ‘what has been done today?’ And the answer was a lot more satisfying.

Housework aside, what had been done was a longer list, not to mention a more important one!

‘What has been done today?’

I gave my baby a piece of solid food for the first time. She is used to being spoon fed now but this was different, this was bigger, this was something she could touch and control by herself. I witnessed concentration on her sweet little face, I saw a sneaky look of satisfaction there as she managed to place the food in her mouth.

I was nervous, excited, proud, all in the space of five minutes. Something worthwhile had been achieved.

I played in the garden with our two-year-old, I concentrated on her and only her as we watered flowers and drew chalk pictures on the floor, all while baby slept. That was another thing I had done, I had managed to sync their routines up nicely, at one point they were asleep at the same time so I even got some writing done.

I introduced our eldest to her first ever ice-cream cone from the ice-cream van, I watched her delight at the entire experience, from giving some ‘pennies’ to the man, to biting through the chocolate flake with pleasure. And they were the slightly bigger things that I thought of, when I made my list last night there were many more. I laughed with my girls as they rolled about on the play mat, I sang with them as we got dressed, I enjoyed watching my baby giggle at her big sister and watched with a tear in my eye as they had a little cuddle.

We chased, we tickled, we ate together, we read, we danced, we played and we chatted. I spoke with my husband when he finished work and after we had put the girls to bed we made plans for the weekend over a glass of wine.

My list of what I had done was very long and I could probably add more to it. More than that, it made me smile, it made me proud and it made me realise that I had been doing it all wrong. Whatever I hadn’t finished at the end of the day would wait. When I made my new list, I knew that no matter what my house looked like, it had two little sleeping beauties in it and our day, with all we had accomplished, had been a success! 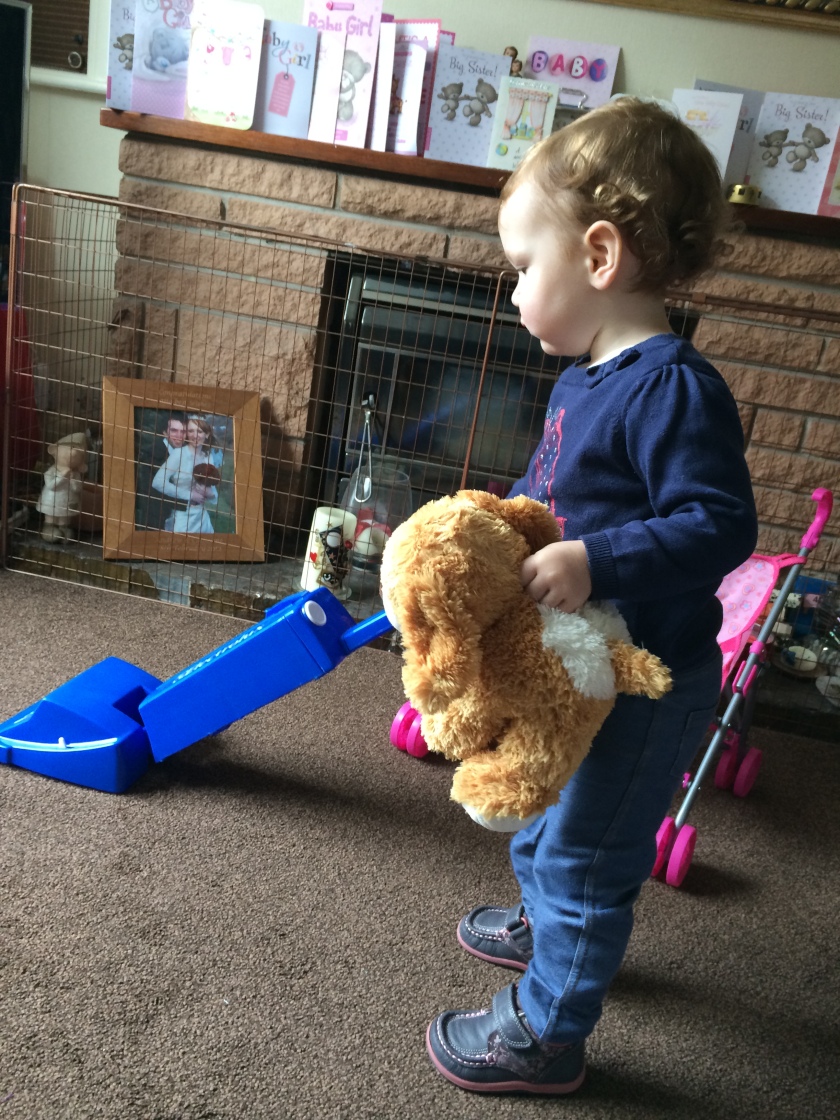 Mother of two, sharing thoughts and stories about the wonderful and crazy journey of motherhood. View all posts by catbf79